Garden Fields has a committed team of governors who play an important role in the strategic leadership of our school. We are unpaid volunteers (save for our Headteacher who is also a governor) and are either appointed or elected to serve a four-year term of office. Our Governing Body reconstituted on 8 May 2015 under the School Governance (Constitution) (England) Regulations 2012 and comprises:

* co-opted governors are appointed by the governing body, on the basis of our regular skills audits, because they have the skills required to contribute to the effective governance and success of the school.

Our task is to govern the school, providing strategic leadership and focussing on the following core functions:

Once appointed or elected as governors, we must operate in the best interest of pupils, not as representatives to lobby on behalf of any particular constituency, whether parents, staff or other. We all have equal rights to participate in the work of the governing body and to state our own views, but we work as a team and are bound by the collective decisions of the team.

We work in partnership with our Headteacher who, in addition to his role as governor, is responsible for the day-to-day management of the school with the support of his senior management team. We are supported in our work by the clerk to the governing body.

How often we meet

We meet as a full governing body at least once each term. There are two committees, dealing with curriculum and resource issues, which meet regularly and report to the full governing body. We have at least one governors’ day per year when governors attend classes, experience other aspects of a typical school day and meet to discuss strategy and/or other current issues. Governors regularly spend further time in school and participate in small ‘working party’ meetings in order better to understand the issues the school is facing and to inform decisions on policy and strategy.

If you would like to contact the governors you can do so by either emailing governors@gardenfields.herts.sch.uk or addressing any correspondence in a sealed envelope for the attention of the Chair of governors, Garden Fields JMI School c/o the School Office.

If you have any concerns about any aspect of school life, please raise them in the first instance with the appropriate member of school staff or with a member of the school’s senior management team.

Self employed consultant. Parent of child at GFS.

Nicola has two teenage children who were at GFS and are now both at University and a younger child in year 4 at GFS. She is a retired police officer after 30 years of service in London deployed in many operational roles and more recently held management roles including Strategic Lead for Youth, Head of Training School and Head of Professional Standards. In 2009 she was made MBE for Services to Policing.  Prior to retiring she held a national remit for talent management as well as still undertaking operational duties. Since retiring she is working as a contractor for leadership recruitment and also a panel member for the NMC. In her spare time she likes to keep busy with numerous sporting activities and is a Run Director at the St Albans Park Run.

Tolu Airede is a CIMA qualified finance professional specialising in managing finance and accounting functions. Originally from Nigeria, she moved to the UK over 11 years ago after a few years working in the banking industry and now resides in St Albans with her husband and 2 children. She has since worked for various higher education providers in the UK and currently works at a university in London where she business partners a number of service units and is responsible for capital expenditure and costing. She holds a BSc in Economics and MSc in Finance. Outside of work she enjoys spending time with her family, listening to music and working out. 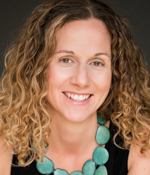 Kate has a degree in Business Studies with Marketing Management and spent 14 years working in the Media and Communications industry. Her work was primarily with large consumer accounts focusing on the strategic placement and efficiency of advertising spend. In 2016 Kate retrained as a Children’s Sleep Consultant and now focuses on helping families address their sleep issues. She has two children at Garden Fields. Her main passions outside of sleep are spending time as a family, horse-riding and playing the Oboe in a local wind band.

Claudine has worked at Garden Fields for 13 years having first worked in the classroom as a Learning Support Assistant. Over the years she has worked in a number of roles and now works full time in the front office. When she’s not working she loves spending time with her family, reading, pilates, baking and meeting with friends.

Self employed barrister. Owner of Think Barrister Ltd. Parent of a GFS child.

Sunny gained his Bsc and Msc in Accountancy at the University of Liverpool.. He qualifies as a Chartered Accountant (ACCA) in 2011, and has worked mainly in the Sports and Entertainment sector with the likes of David Beckham and currently with the England Footballers Pool.He is now focusing on his role as a property developer.Sunny moved to St Albans in 2009 from South London, and has 2 children in the school in year 3 and Reception.When he finds time away from his family he enjoys ‘playing’ golf and is a keen member of the Men of Fields (Mof) cricket dads!His aim as a governor is to try and help the school with any skill-set deemed valuable and to give back to a community in which his kids will hopefully flourish.

Employed by Axis Communications. Parent of two children at Gardenfields.

Dominic has two children at Gardenfields school. Dominic studied for a degree in Communications Audio Visual Production and has subsequently worked in various marketing positions primarily within the technology industry. Outside of work he is an enthusiastic but slow runner!

After obtaining a BSc(Hons) Psychology Su completed a Post Graduate Certificate in Education (PGCE). After several years class teaching in London, and then in Hertfordshire, she paused her career to bring up her three children who all attended Garden Fields JMI between 2000-2012. During that time she trained to become a specialist in Specific Learning Difficulties (completing a Level 7 Diploma in SpLD in 2004). She then worked as a tutor and lecturer for Partners in Education, training teachers. She currently works at Garden Fields JMI and Wheatfields Junior School teaching small groups, identifying how to best support pupils, and advising staff

Parent of one child at GFS. Employed by The Law Society and a governor at Sandringham School since September 2019.

Rebecca joined the governors in November 2016 as a parent governor. Professionally she works in policy, currently at the Law Society. Rebecca has an interest in stakeholder engagement, policy and project evaluation, and volunteering.

Parent of GFS students. Employed by Cundall. Governor and Member of Beaumont Academy since 5 February 2013.

Gary has lived in Hertfordshire since 1996. Gary has one son at Garden Fields  Gary went to school in Colchester and completed a MEng in Civil Engineering at Surrey University. He is currently a Chartered Civil Engineer and works in St Albans. His outside interests are participating in and watching a range of sports.  His main sporting focus is now competing in triathlons from sprint distance up to ironman distance.

Samantha joined the Governing Body in November 2016. She qualified as a barrister in 2008 and subsequently cross-qualified as a solicitor in 2010. Samantha works as a civil litigator and specialises in housing law working predominantly for Local Authorities and social housing providers. Samantha has lived in St. Albans for 6 years. In her spare time she enjoys baking and travelling and volunteers as the Chairman of the Hertfordshire Blue Cross fundraising committee.

Peter re-joined the Governing Body in 2016 having previously been a parent governor whilst his now teenage children were at the school. Now retired, he used to be Head of Languages at St Clement Danes School. Prior to that Peter spent 25 years in general management for the Sellotape company both in the UK and on the continent, having graduated with and MA in French and German from Oxford. Music and theatre are a particular pleasure. He has directed a number of local music theatre companies, and has accompanied several productions at the school.

Ceri studied Modern Languages at university and, after graduating, worked for a number of years at large media companies in London. Ceri and her husband then relocated to Tokyo, Japan for several years where Ceri worked at an international school before returning to the UK and starting a family. Whilst raising a family, Ceri worked part-time providing marketing and communication support to a best-selling author, but has now returned to her love of languages by completing an MA in Specialised Translation and starting a new career as a freelance translator. Ceri has three boys, one of which attends Garden Fields.
This website uses cookies to improve your experience. We'll assume you're ok with this, but you can opt-out if you wish.Accept Read More
Privacy & Cookies Policy
Necessary Always Enabled