The information here applies to the whole school.

The school day will start and end at different times for different year groups – please see the year group tab for the specific arrangements in place for each year group.

There will be a strict one-way system in place in school and within the school grounds – MAP to Friday 3 July 2020. MAP from 6 July 2020. This is to support social distancing between children and families to avoid bottle necks at key entrances / exits. Staff will be on hand to guide you on your first morning. Please familiarise yourself with the drop off and pick up zones for your child.

All staff, parents and children will enter school via the Townsend Drive entrance and leave via the Batchwood Drive entrance (bottom of field). Please allow for additional time for your journey to/from school to accommodate this. If you have driven to school you will still need to follow the one-way system to collect your car.

Please do not gather in or around the school site. Thank you.

Please arrive promptly with your child. If possible we would ask that only one adult brings or collects their child.

NO child, of any age, should touch or play on the playground equipment on any playground.

The cycle sheds and scooter park will be open.

All children should bring a NAMED water bottle to school with them every day.

It is essential that any snacks / packed lunches do not contain any nuts. This is to protect children and staff with severe allergies.

Lunch
The planned lunch menu for the week is HERE (updated from w/c 22 June 2020). Gluten free rolls are available for children on a gluten free menu. Please email us if  your child has a special menu and you would like them to have a school packed lunch.
Children can bring their own packed lunch or order in the morning.
We will not be adopting the pre-order system for children in EYFS – children will be asked to choose for themselves in the morning – please discuss this with your child beforehand. Thank you.

Milk
We are sorry but we are unable to provide milk in school.

Snacks
EYFS/KS1 – the current government scheme has ceased. The KS2 voucher scheme will not be running.
Please provide your child with a suitable snack for break time – preferably a piece of fruit or vegetable.

Children will either have their lunch within their allocated ‘bubble’ space on the school field or in classrooms (wet play). School prepared packed lunches will be brought to classrooms.

Please ensure that your child has appropriate clothing for the weather. Please don’t forget sun hats and apply sun screen for warmer days.

With effect from 6 July 2020 all children should arrive in school in their school uniform on each day they attend. They should bring their trainers with them daily for teacher led PE. Children will not be changing into PE kit.

Keyworker children should bring their PE kit to school every day that they are attending.

‘Bubbles’ refer to small, consistent groups of children. These groups will stay away from other groups. This means that children cannot change groups.

The government accepts that young children cannot be expected to remain 2m apart, and in deciding to bring children back into school government has recognised this. With our EYFS children its less about maintaining 2m distance between the children as we know that isn’t going to be achievable but minimising the risk of cross contamination in their ‘bubbles’.  This will also help with managing space and equipment.  The guidance says:

It is still important to reduce contact between people as much as possible, so children, young people and staff where possible, should only mix in a small, consistent group and that small group should stay away from other people and groups. If you can keep older children within those small groups 2 metres away from each other, you should do so. While in general groups should be kept apart, brief, transitory contact, such as passing in a corridor, is low risk.

Vulnerable children and children of critical workers in other year groups should also be split into small groups of no more than 15. Where desks are used, they should be spaced as far apart as possible.

If your child requires medication in school for a medical condition e.g. asthma, EPIPEN then please ensure that this comes in with your child, in a labelled clear bag/container and is handed to the adult collecting your child from the playground. It will be returned to you at the end of each day.

Children in Y6, who are travelling by themselves to school, should hand their medication to the teacher on arrival. It will be given to them at the end of the school day.

The usual arrangements will apply if your child becomes unwell. We will contact you to ask for them to be collected as soon as possible. Please ensure that all contact details are up to date. Thank you.

Reminders of what to bring….

Water bottle – NAMED PLEASE – it will go home with your child
Pencil case (if possible) – NAMED PLEASE – pens, pencils, glue, child’s scissors, ruler etc. This will remain in school. We will provide equipment for any child who does not have a pencil case.
Snack – preferably piece of fruit/vegetable
Lunch – packed lunch if not ordering a school lunch
Trainers – with effect from 6 July 2020, with the exception of children in the keyworker bubbles, children should bring trainers to school with them every day. There is no need to bring or wear PE kit.

We are sorry but no parents will be permitted to come into school. The school office will be open, however we would ask that only one adult is in the lobby at anyone time. Please keep to social distancing rules when waiting outside. Where possible please call 01727 890440 or email admin@gardenfields.herts.sch.uk the office team rather than coming in.

Please do everything you can to avoid the need for your child to be collected during the school day.

Children should not bring their book-bag to school. They will need to bring a small bag with their water bottle, pencil case (if they have one) and packed lunch (if they are bringing one from home). This will remain under their desk during the day. 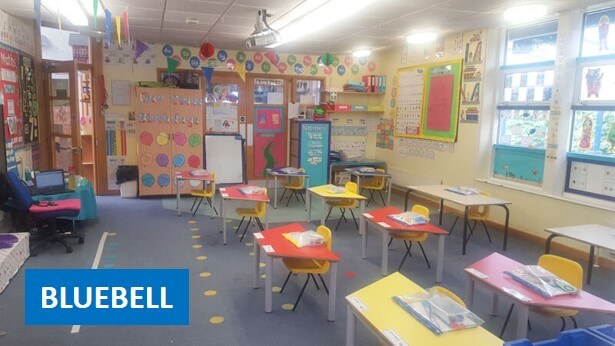 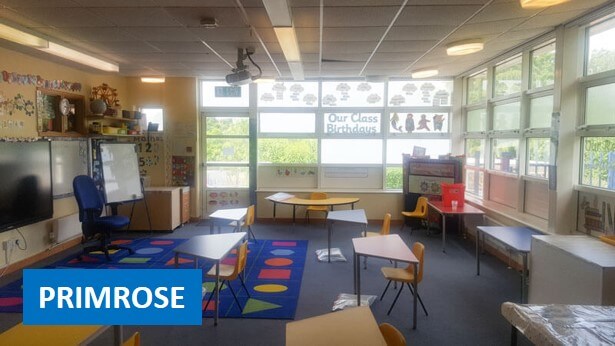 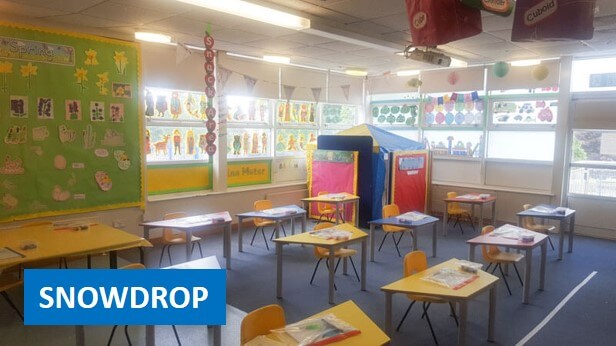 OAK PARENTS ONLY – we have had to move Oak Classroom. Children will be in Pine Classroom.
WILLOW PARENTS ONLY – Miss Maycock will not be in school during w/c 1 June. Mrs Unitt and Mrs Lancaster will be the Bubble 2 leads this week. 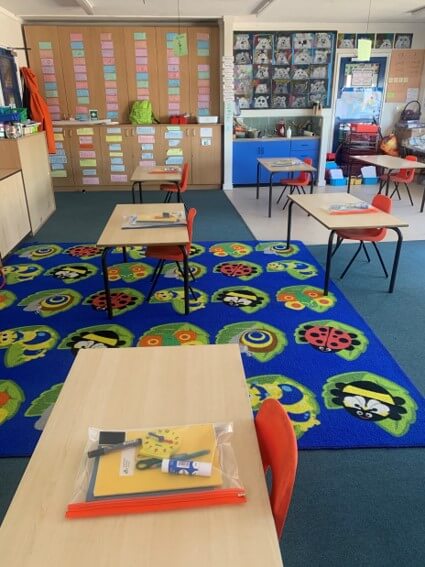 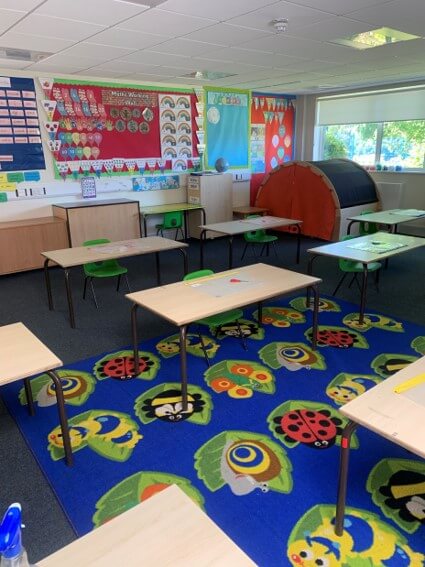 Children in Year 2 will return to school from 6th July 2020.

Children should arrive for 8:50am.
School will end at 3pm.

Children in Year 3 will return to school from 6th July 2020.

Children in Year 4 will return to school from 6th July 2020.

Children should arrive for 9am.
School will end at 3.05pm.

Children in Year 5 will return to school from 6th July 2020.

Children should arrive for 8:50am.
School will end at 3pm. 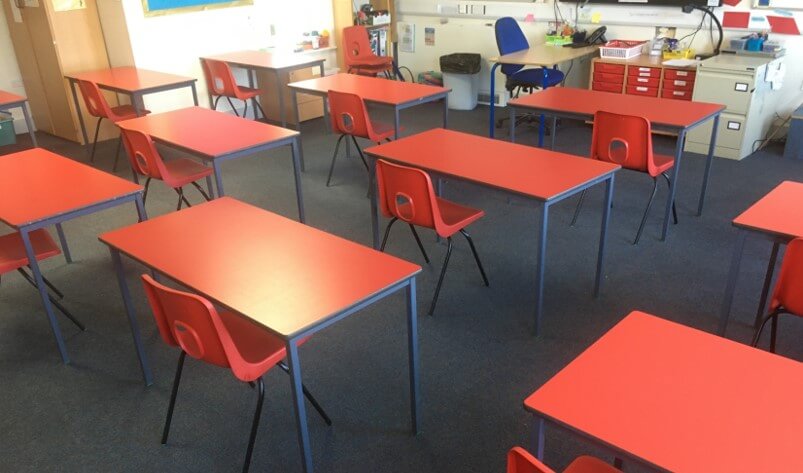 Our keyworker group will attend as normal (including those who already attend the Hub).
Children should arrive for 8:40am for 8:50am registration.
School will end at 3:15pm.

Children should bring their PE kit to school with them every day that they are in school.

If you would like your child to join the keyworker bubble you will need to provide evidence that you are a keyworker. Please email or ring the school office. Thank you.

Q1. Is my child allowed to wear a mask to school?

Children can wear a face mask to school if you/they wish. Please consider though their age and ability to wear it all day – covering nose and mouth. If a child is not wearing their mask appropriately they will be told to remove it.

‘Face coverings (or any form of medical mask where instructed to be used for specific clinical reasons) should not be worn in any circumstance by those who may not be able to handle them as directed (for example, young children, or those with special educational needs or disabilities) as it may inadvertently increase the risk of transmission.’ Source

Q2. If someone in our house has Covid-19 symptoms will my child still be allowed to go to school?

No. The government guidance remains clear – everyone in the household should self-isolate. CLICK HERE for NHS advice.

Please inform us – we will follow the appropriate government advice at the time.

DFE guidance describes what schools must do in this type of scenario and is available at:

Q3. Will staff be wearing PPE?

Some staff will be wearing PPE. This will be because:

Q4. Will you be taking temperatures on arrival to school?

No. We have new electronic thermometers in school. They will be used if we believe a child is unwell. Please respect any decision to send a child home – we have everyones best interests at heart.

Q5. My child is nervous about coming to school. What can we do?

Please be mindful that younger children may be hesitant at first but that we may be unable to physically help – please be prepared for this and if this is the case, then treat it as a familiarisation session, take your child home and then try again the next day. Use as much positive language as you can. Hopefully most children will be very excited about coming back, but we just think that you should be mindful that there may be some first day nerves.

Coronavirus – A book for Children

Q6. Can I change my mind about my child returning / not returning to school?

Yes, but please talk to us. We respect the fact that every family circumstance is different.

The usual attendance protocols apply. If we are expecting your child then you will need to contact us (absence line, email or app) to tell us why they are not coming in.

IMPORTANT – if your child becomes anxious on arrival in school you will need to make the decision whether to allow them to stay or not. We are sorry but you will not be allowed to enter the school building with your child.

If you would like your child to return then please call us to discuss. We will allocate your child a bubble to join and agree the start date. Please do not just turn up and expect us to take your child. The class bubble may be full on that day.

Q7. I am a volunteer and would like to help the school if I can. Can I come in?

We are always grateful to our volunteer body for their support for the school. At the moment we have to restrict the number of adults on site and limit contact within bubbles so are unable to to have volunteers. We will let you know once we are able.

It is for this reason that we have to ask that no parent attempts to access the school building. We would ask you to respect this. The school office will be open but please only one person in the lobby at any one time. Please maintain social distancing protocols whilst waiting outside. If possible please call the office rather than visiting. Thank you.

Q9. Are you finishing early on the last day of term?

Traditionally school ends earlier on the last day of term, however these are unusual times. Each class bubble will end at their usual time – please refer to the Return to School page for your child’s year group times.